The town of Telluride is the county seat and most populous town of San Miguel County  in the southwestern portion of the U.S. state of Colorado. The town is a former silver mining camp on the San Miguel River in the western San Juan Mountains.  The first gold mining claim was made in the mountains above Telluride in 1875 and early settlement of what is now Telluride followed. The town itself was founded in 1878 as “Columbia”, but due to confusion with a California town of the same name, was renamed Telluride in 1887, for the gold telluride minerals found in other parts of Colorado.

Butch Cassidy and his “wild bunch” gang robbed the San Miguel Valley Bank in Telluride on June 24, 1889. Widely believed to be their first major bank robbery, they walked away with over $24,000 (a LOT of money in those days). Butch Cassidy and the Sundance Kid went on to become some of the most infamous robbers in US history.

With small-town charm, Telluride is known for both friendliness and laid-back atmosphere. Telluride is a beautiful mountain town, tucked in a remote corner of southwest Colorado. Today, Telluride is known as world class ski resort, attracting an array of wealthy second homeowners and ski bums alike. Conde Nast Readers voted Telluride the #1 Ski Resort in North America in 2012, 2013 and 2014.

At 9,078 feet above sea level, the Telluride Regional Airport is the highest commercial airport in North America. Pilots have described the approach into Telluride as one of the most challenging, but beautiful airports in the country.

Telluride, a former Victorian mining town in Colorado’s Rocky Mountains, is set in a box canyon amid forested peaks at the base of a popular ski-and-golf resort. The town’s historic district houses landmarks like the Sheridan Opera House, a performing-arts venue originally built in 1913, and the Telluride Historical Museum, which showcases local history in a converted hospital built in 1896. 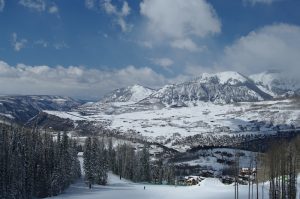 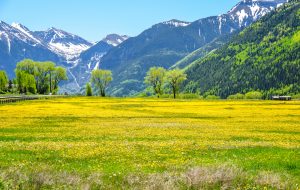 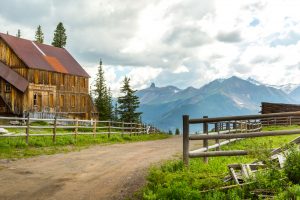