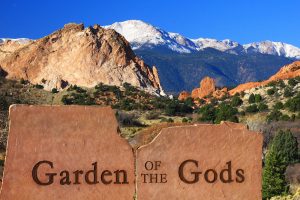 When the founder and Civil War General William Jackson Palmer first gazed upon Pikes Peak and the region at its foot, he had a vision. His vision over a century ago played a significant role in the development of the community. He believed Colorado Springs and the surrounding area were a place worthy of development, but also of preservation. Colorado Springs is a place of recreation, opportunity and exceptional beauty.

Pikes Peak Mountain has been the center of attention in this region for thousands of years drawing people from all over the world. In 1806, Zebulon Pike, a young lieutenant who was never able to ascend the great mountain bearing his name, gazed upon the peak from over 100 miles away. However, long before Pike stepped into the area, the Ute Indians passed at the foot of the mountain as they traveled from their summer campgrounds to the winter hunting grounds.

In 1858, a fever the magnitude never seen before, swept across Pikes Peak Country – Gold Fever. Over $18 million in gold was mined in one year alone, which sent fortune seekers flooding into the region establishing many current towns like Cripple Creek, Manitou Springs, Woodland Park and Victor. The slogan of “Pikes Peak or Bust,” painted across many of the prairie schooners, was born at this time as fortune hunters headed west. Although only a handful of those who flocked to the region ever found gold, the nation now knew of the mountain and all that lay at its feet.

Today, tourism, sports, high-tech industry and the military are the driving forces for the economy of the region. Colorado Springs has also become a popular city for visitors for a variety of reasons. Nearly six million people come to visit every year. Families come for a fun, affordable vacation and business people from all over the country attend meetings and conventions. They often stay a little longer to enjoy the scenery and attractions. There are many attractions and historical sites for every type of visitor. The area is well known for its spectacular natural beauty and outdoor scenery. From the 14,110-foot summit of Pikes Peak to the Garden of the Gods’ incredible sandstone rock formations, visitors can spend much of their time simply enjoying the natural wonders of the area. 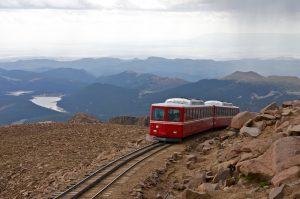 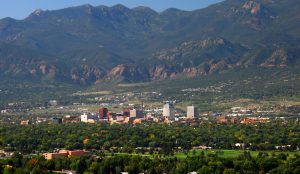 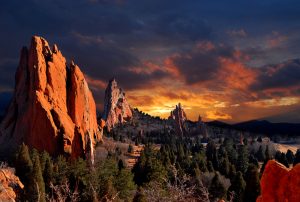