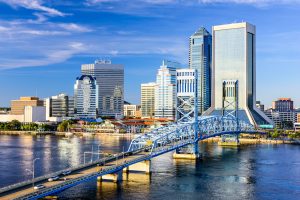 Prior to European settlement, the Jacksonville area was inhabited by Native American people known as the Timucua. In 1564, the French established the short-lived colony of Fort Caroline at the mouth of the St. Johns River, becoming one of the earliest European settlements in the continental United States.

Named after Andrew Jackson, the city was settled in 1816 and incorporated in 1832. Destroyed during the Civil War, Jacksonville was rebuilt, becoming a major industrial city and a transportation hub. Three US Navy installations are in the area. Today, Jacksonville is a growing city with a diversified economy that includes technical, manufacturing and service industries.

More than 50 golf courses can be found in the Jacksonville area, including many of the top courses in the country. The World Golf Village in nearby St. Augustine has the Golf Hall of Fame, an IMAX theatre and three 18-hole courses, including the only course designed by Arnold Palmer and Jack Nicklaus. 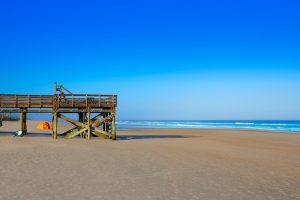