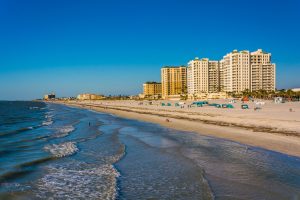 When this area was known only to the Native Americans, clear springs gurgled from the banks into the bay. The springs, long since gone, were located along the high bluffs on which City Hall and downtown Clearwater are now situated. Early settlers called it Clear Water Harbor, which it was known as until 1895 when Clearwater became one word. Harbor was dropped in 1906.

The city of Clearwater was incorporated on May 27, 1915. The library was built in 1916 with a grant from Andrew Carnegie. In the same year, the city built the first wooden bridge to Clearwater Beach, opening it up for development. Morton F. Plant, the son of the illustrious Henry Plant, donated and raised money for the first hospital in 1914.

Located west of Tampa, Clearwater is part of the Tampa-St. Petersburg-Clearwater metropolitan area – one that offers visitors a cornucopia of opportunities. In Clearwater, you can enjoy Sunsets at Pier 60, a nightly festival featuring music, crafts and street performers. The city also hosts the annual Clearwater Jazz Holiday.

Clearwater Beach, on a barrier island, is a 3-mile stretch of white sand backed by hotels and restaurants. Injured dolphins and sea turtles are rehabilitated at the Clearwater Marine Aquarium. At the city’s Bright House Field, the Phillies pro baseball team plays spring training games. 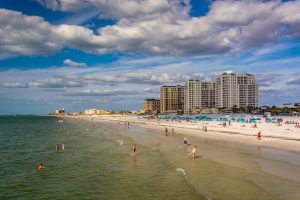 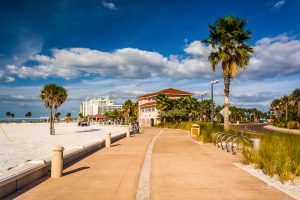 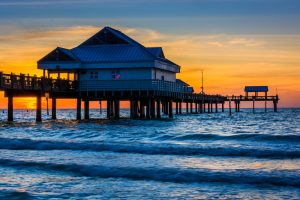