There were originally three separate towns, with three separate names, where Denver now stands. Local boosters named the frontier mining camp on the South Platte River “Denver” after Kansas Territorial Governor James Denver in hopes of gaining political favor. In 1859, the other names were dropped in return for a barrel of whiskey to be shared by all. Fittingly enough, the first permanent structure in Denver was a saloon.

Now nicknamed the “Mile High City,” because it sits at an elevation of exactly 5,280 feet above sea level – one mile high. Amazingly, the 13th step on the west side of the Colorado State Capitol Building is exactly one mile high. The Mile High City is also extremely dry, so it is a good idea to drink more water than usual. With less water vapor in the air at this altitude, the sky really is bluer in Colorado.

This rich history makes Denver the perfect place for your next function. Imprint group is the best event management company in Denver.

Denver is located 30 minutes from Denver International Airport, and near the mountains, but not in them. The Mile High City sits on high rolling plains, 12 miles east of the Foothills. The Foothills is the start of the mountainous regions of Colorado, climbing to 11,000 feet and beyond that, a range of snowcapped peaks rising to 14,000 feet.

While Denver is not in the mountains, the picturesque views of the mountainous panorama give viewers stunning sunset views from 140 long and include 200 visible peaks, 32 of which that soar to 13,000 feet and above.

Denver boasts over 300 days of sunshine and even on the snowiest days, often afternoons are full of sunlight. As one of the top event management companies in Denver, the Imprint Group team can help you take full advantage of this gorgeous city to maximize your event!

Denver has a population of 682,545 with nearly 3 million people in the metro area, it ranks as the 19th-most populous U.S. city, and with a 2.8% increase in 2015, the city is also the fastest-growing major city in the United States. The region’s population grew 13.8 percent between 2010 and 2015. Denver is ranked as a Beta-World City by the Globalization and World Cities Research Network. 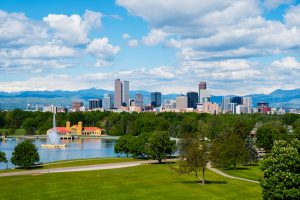 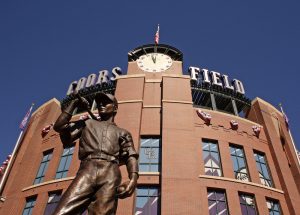 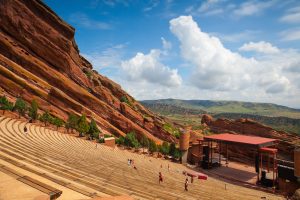