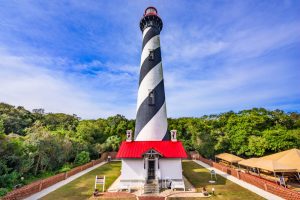 St. Augustine is a city in the southeastern United States on the Atlantic coast in northeastern Florida. It is the oldest continuously occupied European-established settlement within the borders of the continental United States.

Saint Augustine was founded on September 8, 1565, by Spanish admiral Pedro Menéndez de Avilés, Florida’s first governor. He named the settlement “San Agustín,” as his ships bearing settlers, troops, and supplies from Spain had first sighted land in Florida 11 days earlier on August 28, the feast day of St. Augustine. The city served as the capital of Spanish Florida for more than 200 years, and became the capital of British East Florida when the territory briefly changed hands between Spain and Britain.

Its unique scenery and history set this city apart from any other in the country. St. Augustine has a quaint feel but boasts a big appeal. Visitors can see why when they stroll along the brick-lined streets and delight in the city’s European flavor, with centuries-old buildings, horse-drawn carriages, hidden courtyards, and so much more. St. Augustine has plenty of history to explore — more than 450 years of it!

In addition to its impressive roster of top-rated hotels, resorts and bed and breakfasts, St. Augustine has become known for its excellent restaurants that serve a variety of dishes reflecting the town’s multicultural heritage. Add to that the city’s world-class art galleries, boutiques and outlet shopping, theater and live music opportunities, and 42 miles of gorgeous beaches, and it’s easy to see why thousands of visitors come here each year. 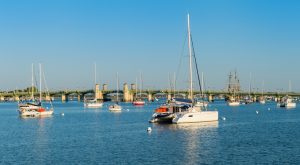 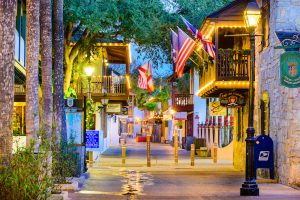 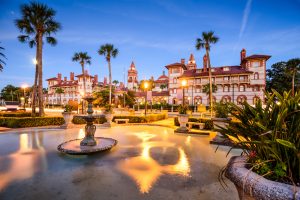