During World War II, the Basic Magnesium Plant supplied the US War Department with magnesium for airplane parts. This contribution would eventually help the United States win the war. In 1947, the production of the metal was no longer necessary. This caused the work force and the population of Henderson to decrease. In hopes to save Henderson, the state of Nevada took a visit to the town and unanimously approved the town to become a city.

On April 16, 1953, the City of Henderson was incorporated and had a population of 7,410 and a size of 13 square miles. The Pacific Engineering and Production Company of Nevada moved into the old plant supplier and became a rocket fuel factory. Unfortunately, in 1988 the rocket fuel spilled and caused toxic fumes which later caused the factory to explode. This caused 372 people to be injured and a big earthquake to occur.

The City of Henderson has grown to more than 103 square miles and is one of the largest cities in Nevada. There are no longer any signs of the rocket fuel explosion, instead tall building stand in its place. The city holds a number of shopping malls, theater complexes, restaurants, casino resorts and hotels. Henderson has the only Bird Preserve in Nevada. It also has the larger outdoor amphitheater in Nevada.

McCarran International Airport is the closet to Henderson and was recently renovated. The City of Henderson holds planned residential areas and business development plans in order to brighten the future of the city.

The cities slogan is “Henderson – A Place to Call Home” proving that the city holds a small-town value. 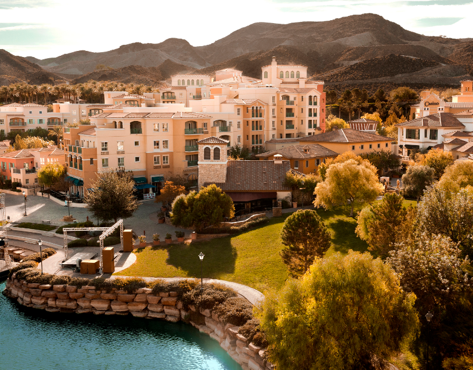