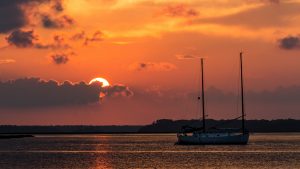 Amelia Island, in Nassau County, Florida, is the southernmost of the Sea Islands, a chain of barrier islands stretching along the east coast of the United States from South Carolina to Florida. It is 13 miles (21 km) long and approximately 4 miles (6.4 km) wide at its widest point. The communities of Fernandina Beach and Amelia City are both located on the island.

The island was named for Princess Amelia, daughter of George II of Great Britain, and changed hands between colonial powers a number of times. It is claimed that eight flags have flown over Amelia Island: French, Spanish, British, Floridian/Patriot, Green Cross, Mexican, Confederate, and United States.

The Amelia Island Trail is a part of the East Coast Greenway, a 3,000 mile-long system of trails connecting Maine to Florida.

Amelia Island is the Florida beach with a Southern accent. A timeless destination known for pristine nature and uncrowded beaches, it offers world-class golf, spas and restaurants, plus a rich history. There’s something for everyone— a beachside horseback ride or kayak excursion.

Just 30 miles from Jacksonville, Amelia Island is a world apart. Golden-hued sands and guided horseback rides along the shore. Dolphin and osprey and maybe even a glimpse of the endangered right whale. 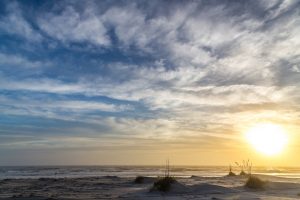 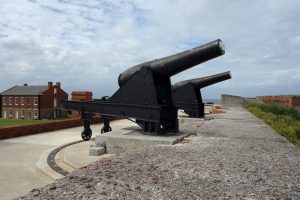